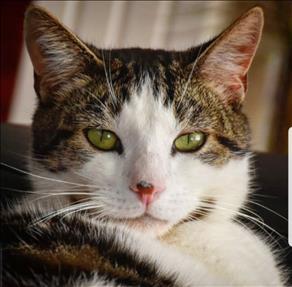 Frazz was a handsome boy and a beautiful little soul. He was such a character and loved being outside, but he loved his home comforts too.

Our handsome boy Frazzle, was viciously attacked on 1st Setember 2020 by a dog, not under it's owner's control. The attack happened on our property.

Frazzle sustained bite injuries so severe, his back legs were paralysed, and also suffered head trauma, which led to his eyesight being affected. He managed to drag himself home into our back garden, where we found him later that evening.

Despite the vet's best efforts, the prognosis wasn't good, and Frazzle was euthanized 2 days later. He was only 4 years old.

As it stands, there is no law in the UK protecting cats from dog attacks. If a cat is attacked by a dog, no legal action can be taken against owners, we feel cats should be protected by law. Allowing their dogs to freely roam and attack is neglect and dangerous to the public. Cats need as much protection by law as our pets as dogs have.

We don't want anyone else to have to suffer the tragedy, and subsequent emotional torment, of what we went through - and still struggle to accept to this day.

We have started a petition, Frazzles Law, to try to get this law changed.

Please also take a look at our Facebook page (click on the icon above) we would really appreciate your support to make Frazzles Law a reality.

In loving memory of our handsome Frazzle who we miss everyday ❤ 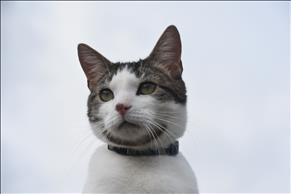