Not Your Average Bear Fund 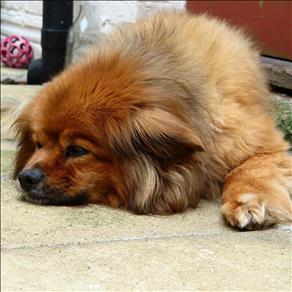 Our Minton was a rescue from Battersea Dogs Home. We adopted him in July 2006. He was a cavapom with human eyes.

This fund is dedicated to Minton, our cavapom soulmate and a Battersea Dogs rescue.

We were lucky to adopt him in July 2006. We were told he was 1.5 years old. He proceeded to grow quite a lot in the next year so we figured he must have been only about 10 months old.

Over the next 14 years, Minton became our best friend, our inseparable furkid, our inquisitive comedian.

He was a crazy dog dude with a huge personality. I guess his previous owners found him too much, but with some boundaries, lots of training and cheese(!), he was the most loving, trusting creature, but only with 'his' people.

He lived his life to the fullest!

- Enjoying a brie and baguette on the French Riviera (and nearly choking on it, because he didn't want to chew it lol!)

- Chasing sheep in Wales as a natural

- Falling into a creek in Scotland

- Playing football in snow in Aviemore

- Enjoying sun in Spain by the pool

- But NOT swimming in ANY body of water whatsoever!

- Going to doggy day care with his brother Lenny

- Catching a squirrel and getting bitten by it (the squirrel escaped unscathed!)

By the age of 15, he still looked young and vibrant.

We nick-named him 'the geriatric puppy' and 'Sean Connery of the dog world'. As luck would have it, him and Sean left this earth on the same week. Both aged about 90 years old.

With sable fur and a larger-than-life character, this hairy Yeti-like creature stole our hearts and left a huge hole in our lives, suddenly falling ill with an acute kidney injury of unknown origin.

Things went downhill quickly after the initial diagnosis. We lost him within 3 weeks.

He fought a brief yet brave and fierce battle with this horrible disease. It robbed him of one of his huge loves in life: desire for all sorts of tasty foods.

It was beyond heartbreaking to see him like that. In disbelief, on 4th of November 2020, we finally had to make that toughest sacrifice. A peaceful end to his suffering after 4 very long, grand mal seizures in 36 hours.

He made his last breath in our arms, with us cuddling him and telling him he was the best boy ever and that he's about to go beddy. As he took his last breath we smothered him in kisses to feel his soft, bear-like fur on our lips to give him one final goodbye.

He now resides in his shrine in our living room, in an urn surrounded by all his favourite worldly possessions. Still loved and forever missed.

We want to raise awareness of the dangers of kidney failure in dogs. It's something that affects a high percentage of companion animals, yet this fact isn't that known.

We are starting this fund to honour the life of our dear Minton who knew over 80 words and who 'spoke' in short sentences, pointing with his nose and barking. 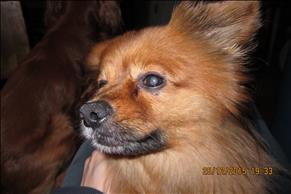 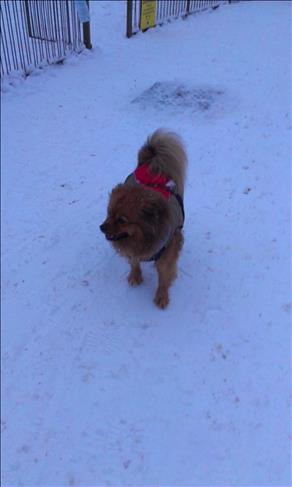 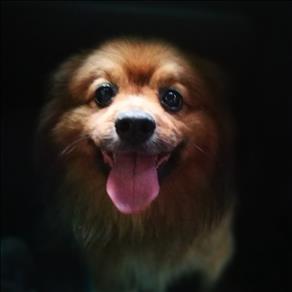 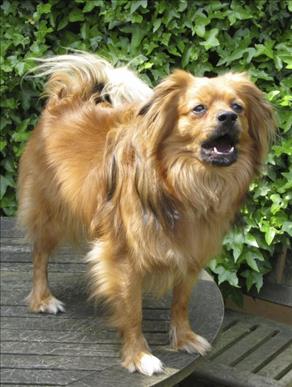 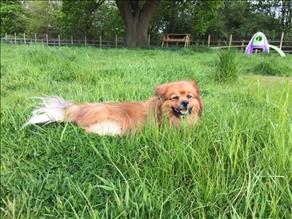