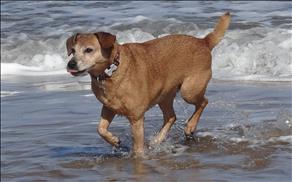 We will not forget her funny lumpy tail, frantically paddling in the paddling pool and walking around the rug rather than across it

We rescued Rosie 15 years ago from Battersea when she was about 18 months. We were told that she was a cross between a Jack Russell Terrier and a Patterdale. Battersea had called her Rosa but we changed it to Rosie.

We soon realised that Rosie was not very sociable with other dogs so our trips to the park were a bit tricky. When we dare let her off her lead she would run into the bushes and hunt like a true Jack Russell, sometimes leaving us for 20 minutes before she would reappear panting!

Rosie absolutely loved the water so we got her a paddling pool, we have so many videos and pictures of her splashing around it was the cutest! She loved our little holidays to Norfolk and Cornwall with long walks on the beach, barking at us to throw her ball into the sea so she could go fetch it.

Rosie was very verbal once she found her voice and we would laugh so much when she spotted a squirrel or a bird in the garden and she would fly out of the dog flap to scare them off!

She loved cuddles with us and every night she would sit between Jeff and I for the evening until she got too old to jump up onto the sofa.

When our first grandchild came along Rosie would sit with her like she was guarding her and again we have lots of lovely pictures of them together.

Rosie would always sleep on our bed curled up in between the cushions but once she got older and couldn't jump up Jeff soon made her a ramp to help her.

As Rosie got older she became a changed dog. She became afraid of noise, she didn't notice the squirrels, she didn't bark at the postman, she didn’t want cuddles and didn’t enjoy her walks always turning to go back home!

As Rosie slowed down and lived with her Cushing disease and her failing kidneys she started to suffer from a poorly tummy, initially every month, then weekly and then towards the end two episodes of not eating for 3 days. Also Rosie's failing sight became a issue as she was struggling to see where she was going.

It broke our hearts to make the decision to put her to rest but deep down we knew it was the best for her, and she wouldn't have to cope with feeling so poorly on a regular basis.

She was a huge part of all of our family and has left a huge void in our lives and our home. We miss her dearly and the hole she has left in our hearts. We loved her to the moon and back but will cherish her memory and the love we shared. 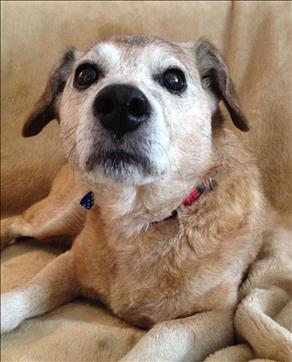 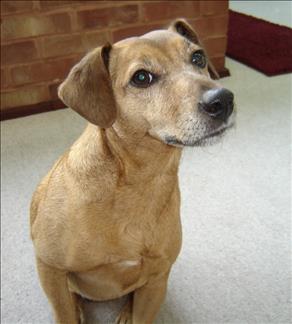 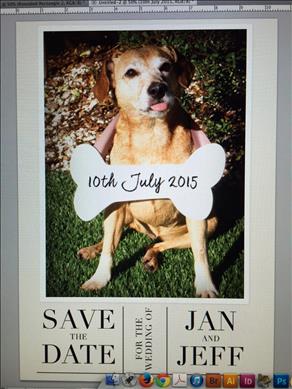 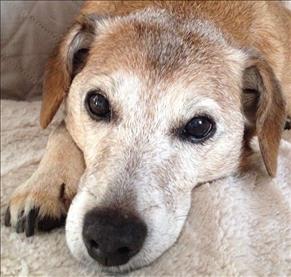